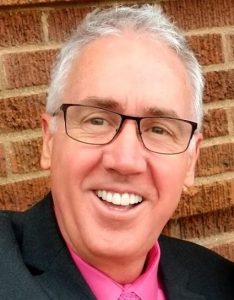 The earlier years of David’s musical background were as an instrumentalist – specifically, a trombone player (starting in junior high school), and then later as a career within the U.S. Army Band commencing in 1974. While serving in the Army Band, he started work on his Bachelor of Arts in Music Education, but he also began performing as a vocalist in the various stage band and rock band ensembles. This ultimately compelled him to shift his major to Vocal Performance with a minor in Choral Conducting.

David started as a BHS member in 1981 while stationed as a U.S. Army recruiter in southwest Florida, immediately becoming a charter member of the Suncoast Statesmen chorus while serving as their music director. Following his continued reassignments with the Army, David went on to direct the Coastmen of West Palm Beach, Florida and the Highland Harmonizers of Colorado Springs, Colorado. He has also sung in various quartets and other ensembles throughout his Barbershop “career” – of note was his very first quartet, Southern Blend, singing baritone with his dad, Bob Mills, representing the Sunshine district at the 1983 BHS International contest in Seattle. However most recently, David won the 2016 Carolina’s district quartet championship singing tenor with his son Ben Mills in The Oneders.

After retiring from the U.S. Army in 1994, David went back to school to earn his Bachelor of Computer Science from Colorado Technical University, and is currently employed as a software engineer for the Oracle Corporation working in Cloud Services Delivery.  Married for over 44 years to his lovely wife, Linda – he now resides in Tampa, Florida.