Guest quartet: Half and Half Quartet consisting of Jenni Sheets, Kim Newcombe & Cy Wood. During the HaCo Ryan McCall will be their baritone. All four will also be part of the faculty as educators and coaches. 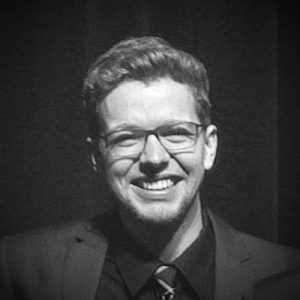 Throughout his musical career, Cay Outerbridge has gained experience in nearly all facets of the barbershop style. He is a sought-after arranger, quartet singer, and chorus director. Since 2019 Cay is also a BHS Music Judge. He has coached many groups across the country and is the musical director of Vocal Revolution, the NED District Champion chorus. Besides this he also sings bass in his quartet ‘Daily Special’ He enjoys diving into the meaning of songs and helping ensembles get the most out of the music that they choose. 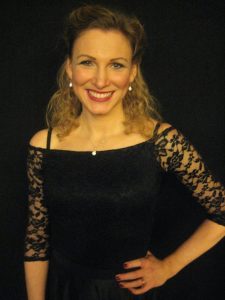 Dr. Tindra Thor is a Master 700 Director and has been the musical and artistic director of Stockholm City Voices since 2017, a top ten Sweet Adeline chorus. Tindra has sung barbershop since 2005 in several quartets and is, as off December 2019, the lead of the quartet Milli Blink. She is also the tenor of the mixed quartet Potential Scandal, 2018 World Champion Mixed Quartet and 2017 European Champion Mixed Quartet.

Tindra has a background in classical music, singing both in choirs and as a soloist. She also played the violin for many years in a youth symphony orchestra. She trained as a dancer for many years, specializing in contemporary dance, and also studied musical theater for two years. Tindra regularly coaches barbershop groups in Sweden, Denmark and Finland, especially working on performance, creating concepts and choreography. She strongly believes in working with artistic concepts that involve as many senses as possible in order to create holistic aesthetic experiences for the audience. 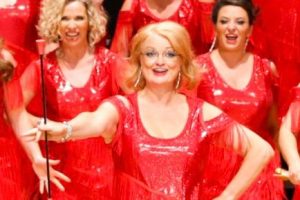 Her dad was a club singer and introduced her to a love of all kinds of music.  In 1989 she joined the White Rosettes and developed a passion for barbershop. She has sung in two quartets, Eu4ia and the Mix, both of which won LABBS, SAI region 31 and European gold medals.  Eu4ia came 12th in the world. She has been directing Heartbeat (SAI) since 2011 and they are the current regional champions. Nancy has taken them to a previous gold medal and from a score of 74-85%.   She is also a LABBS singing judge and previous category director.   In her normal life nancy has a gorgeous 10 year old daughter and a gorgeous (very patient) husband.  She’s never been known to say no to a glass of red wine!

Andrew is a BHS Singing Judge, director, vocal teacher and singer. He started singing barbershop in 2004, inspired by his high school teacher. He grew in his barbershop experience and started singing with Central Standard in 2008 where he became associate director. Central Standard gained the 2nd place during the International Convention in 2016. He also sang tenor in his quartet ‘Vintage Stock’  who became the champion quartet in 2017 during the Centrals States District Convention.

Theresa is a Certified Performance Judge and Performance Category Director of Harmony, Inc. She is a 35-year member of HI and an Associate of the BHS. Theresa is also a BHS Performance Candidate Judge. Theresa is a world class performance coach to all types of performers including public speakers, musical theatre performers, and professional musicians. Known for her “all-consuming passion” for the stage, Theresa’s main mission is to help the performer take their already existing performance skills to new heights and learn how to achieve believability through continued education and development.

Theresa brings all the elements of her theatre training and stage experience into her coaching sessions, believing that every performer possesses a unique personality and individual characteristics. She helps them to discover and develop their own stage personality while enriching their total performance experience.